Tips When Installing Security Windows in Your Home

If you fit security screens on your windows, you can open them and enjoy the breeze without worrying about intruders climbing inside. Mesh security screens might look like simple flyscreens, but they're much tougher and offer safety as well. Of course, they also keep out insects and flies. Here are some tips when choosing security windows for your home.

By installing screens that have passed Australian standards AS 5039, 5040, and 5041, you can feel confident that the windows will do their utmost to resist break-ins. These standards cover the manufacture of the screens and how they're installed. To pass the standards, security screens have to undergo various tests that simulate an attempted break-in. For example, testers will try to slash the screen with a knife, break it with brute force and jimmy it from the frame. If products fail the tests, they can't be labelled as security screens, though they can still be sold with other descriptions. If you install a window that gets a pass mark, you can be sure that it's extremely difficult to get past.

As well as withstanding physical force, security screens need to repel what nature can throw at them in the form of rain, hail, and sunshine. Screens are made of materials such as aluminium, steel, and stainless steel. Aluminium naturally repels rust, making it ideal for the outdoors. Similarly, stainless steel won't rust. On the other hand, standard steel can succumb to rust unless it's galvanized, which means it's been hot dipped in molten zinc to prevent corrosion. These metals are often powder coated with a fused layer of polyester paint that further protects the window from deterioration.

While security screens are designed to keep burglars out, they also need to allow you to escape outside in a crisis such as a fire. Thus, one window in each room should have a screen that can be released to allow you to exit the window so you're not in danger of being trapped in your own house in an emergency. These release mechanisms don't let a burglar get in from outside, however.

If you live in a cyclone-prone region, it's a good idea to install security windows that are explicitly tested for cyclones. These screens can save you money down the track as they'll protect the glass window panes from flying debris. Of course, you'll also feel more secure at home during high winds. 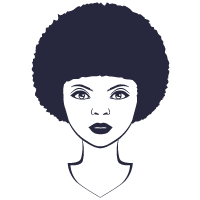 My house was broken into last year. They had kicked in the back door and even after I had gotten it fixed, I still felt like my house was not as secure as it needed to be while I had the same door. I got online and did some research and discovered that there is a huge difference between the strength of various types of doors. I got my door swapped to a model that could not be kicked it, no matter how hard a burglar was trying. This blog has some tips for home owners looking to upgrade to a stronger door.